Shortly before 10 p.m., Mayor Stephanie Rawlings-Blake convened a news conference at City Hall, where she appeared with several others — including Mr. Gray’s twin sister, Fredericka; a prominent pastor, Jamal Bryant; and City Councilman Brandon Scott — to appeal for calm. By that time the disturbances had largely settled.
The New York Times Link to Story

Right in the geographic center of Baltimore, a group of Reservoir Hill neighbors have grown fond of the area’s historic homes and its proximity to Druid Hill Park. But the community of people from all walks of life has proven to be the real draw. After spending several years convening residents in the wider Central West Baltimore area, they learned that their own pocket isn’t unique.
Link to Story

On the afternoon of April 27, James Foster, CEO of Federal Hill-based cybersecurity company ZeroFOX, sent an email to a group of city leaders. The subject was marked “IMMEDIATE CALL TO ACTION.”. “We are trying to get in touch with the Mayor or Police Chief in Baltimore City asap as we turned on our system for Baltimore City and have some immediate intelligence for them,” Foster wrote, adding that the company recently provided similar services during protests in New York City.
Link to Story

View full sizeMichael DeMocker, The Times-PicayuneA protest sign sits in a lot across from the former Bethany Nursing Homes, which Unity of Greater New Orleans hopes to convert to apartments to reduce homelessness. A City Council vote today could break a months-long procedural logjam over the proposed development, which has run into trouble at two city regulatory agencies.
The Times-Picayune Link to Story

Over the last couple of years, the White House has held an important place for the Digital Harbor Foundation. And now Andrew Coy, DHF’s now-former executive director, is reporting to 1600 Pennsylvania Ave. every day. In his new position, Coy will be supporting the national maker movement. While the Digital Harbor Foundation started with a local focus, there have been signs that its tech center in Federal Hill has been a growing focal point of that wider conversation.
Link to Story

For one of the most recent New Orleanians to die of a heroin overdose, the characterization “junkie” does not apply. The woman, whose name is being withheld, benefitted from a privileged upbringing, including attending high school at Uptown’s prestigious Academy of the Sacred Heart. Like many of her peers, she also experimented with drugs, including heroin.
NOLA DEFENDER Link to Story

In the parking lot of a nondescript office on Grand Isle, three petty officers stood over the gate of a pickup truck, and sifted through a pile of earthen clumps. The office, which sits at the end of a dirt road, doesn't appear on GPS. But it remains a destination for the team of Coast Guard personnel and other officials that continue to work on cleanup of the oil disaster.
NOLA DEFENDER Link to Story

Main bar of a multipart series investigating State of New Mexico behavioral health contractor ValueOptions. The story package focuses on the company's political connections to Gov. Bill Richardson, and the loss of treatment services in an area with the highest per-capita heroin overdose rate in the country.
Rio Grande Sun of Espanola, NM Link to Story

Former Signal International Workers Describe 'Jail'-like Conditions at Gulf Coast Shipyards. By 2006, Muragan Kanbhasamy had sold his car, his wife's jewelry, and took loans out at high interest rates. He was planning to leave India to come to the United States, in order to take a job that would lead to U.S. citizenship.
NOLA DEFENDER Link to Story

Looking over a cross-section of members of the region’s tech community, real estate developer David Cordish, Gov. Larry Hogan and Baltimore Mayor Stephanie Rawlings-Blake stood on a stage and spoke of the importance of startups and entrepreneurs for job creation. Rawlings-Blake talked about how the new coworking space they were gathered to open, called Spark Baltimore, was a sign that “smart, young people from around the country are trying to move here.”.
Link to Story

Since fall 2014, I've worked as a reporter in Baltimore, where I've covered the aftermath of Freddie Gray's death for the New York Times, a fast-growing startup scene as lead reporter for Technical.ly Baltimore (http://technical.ly/baltimore) and politics and culture as an associate editor for Baltimore Fishbowl (http://baltimorefishbowl.com).

In New Orleans, I worked as a crime reporter with NOLA.com | The Times-Picayune and managing editor with the locally-focused online publication NOLA Defender (http://noladefender.com). Later, I also worked as a reporter with the Charter School Reporting Corps, a project of the Lens of New Orleans (http://thelensnola.org) focused on accountability and public access to information.

Immediately after obtaining a Journalism degree at Northeastern University in Boston, I gained beat and investigative reporting experience at the Rio Grande Sun of Espanola, New Mexico. My year in New Mexico was capped with a series about a questionable New Mexico behavioral health contractor that contributed to a loss of treatment services in an area with the highest per capita heroin overdose rate in the country.

After a stint of service work with Americorps in 2008, I moved to New Orleans and took a job with a nonprofit organization focused on post-Katrina recovery. 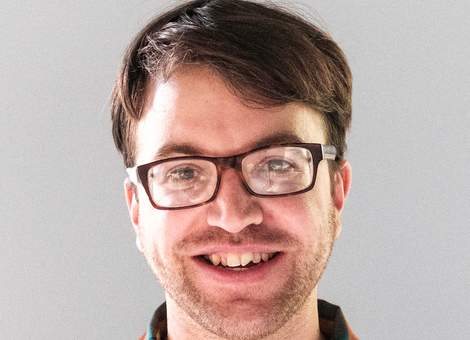